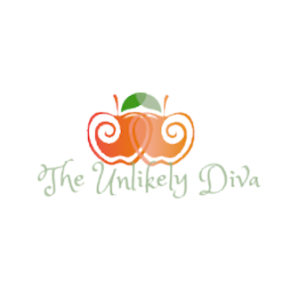 Tired of sightseeing, restaurant seeking and walks on the beach? Your 30s might just be the right age for turning your holidays from zeros to heroes. The world is a big place, but we do live fortunate times: airlines offer cheap tickets, jobs turn into remote affairs that could be solved anywhere in the world and nomads are more modern than ever. My imagination got fired by a recent “1000 Ultimate Adventures” book that I laid my hands on. But… I do have some adventures of my own 😀 😀 😀 , so here are my 5 top picks for an extreme trip still cheap.

Although Monaco is not exactly a cheap place to be, paragliding in Roquebrune-Cap-Martin might just be an amazing experience. Close enough to fly over Monaco, but still on a budget when it comes to final costs. Launching and landing zones are in Roquebrune, but given the right day you can visit Monaco by air and enjoy views that only millionaires do. There is a really strict legislation about landing and fines can be sky high when it comes to breaking it, so be sure that you know what you are doing before even trying. If it’s your first flight, Roquebrune is also a great place for a tandem flying.

If ever in Bucharest, after visiting you might wanna go to Clinceni Airport. This is a really small Airport near Bucharest mostly known for being a great place to skydive. Instructors there skydive from 4000 m and they make the most out of this fabulous experience. 30 minutes are enough for you to get the basic instructions and the rest of the ride is pure thrill, because everyone is pretty experienced. You also get a movie and photos of the entire adventure to share with family and friends.

Thailand is a very nice place to be in, even when you are not sailing, but sailing in it…well, that just give the entire trip a certain flavor. You can chill all day long on the boat, swim, scuba dive or snorkel, jump from island to island and sleep under the stars, with amazing views in the morning. You often get fishermen selling fresh fish, so you do not even have to take a walk to the market. Also, there are secret beaches only to be reached by sea and small pile villages where you can dine or shop. And you do not even have to be a sailor, there are plenty of websites offering boats with a skipper included in the price. You’ll just have to bring the beer.

Vertical wind tunnels have been built for aerodynamic research but now they are more popular as training tool for skydivers, often called indoor skydiving facilities or bodyflight facilities.

Although the first person to ever try one of these was Jack Tiffany back in 1964, they only became very popular after the Torino Olympics in 2006, when a wind tunnel was present at the closing ceremony. From then since now a number of competitions based on it have emerged and Youtube is a great place to see one of those amazing performances. Several places in Europe also offer Indoor Skydiving experiences, but my favorite one is in Budapest. Both cheap and well organized, this is the best idea for a rainy day. Or even a sunny one, if you get all excited after seeing  what skydivers can do in it.

Last but not least, scuba diving in Fujairah is a proper adventure if you like water, fish and breathing through a breathing apparatus combined. I decided to make this one the last on my list because it was a bucket list experience but now, this Christmas, will also become a reality for me. I have been told that the scuba diving here is mainly reefs and a few small wrecks. There is a Car Cemetery, created in 1988 to form an artificial reef, where I just picture myself diving.

There is this exciting study that shows people who buy experiences, not things, are happier.

“People actually do know, and accurately predict, that life experiences will make them happier, what they really underestimate is how much monetary value they will get out of a life experience.” , says SF State Associate Professor of Psychology Ryan Howell, who is also a co-author of the study.

Even so, people tend to spend their hard earned money on material stuff rather than holidays.  But material stuff gets old pretty quickly. If you don’t believe me just look around for smartphones with cracked screens or dresses who sit in the closet and never see the light of day 🙂 If you do see some, maybe even in your own house, spend your next economies on a ticket to Zanzibar. You might thank me later 😉 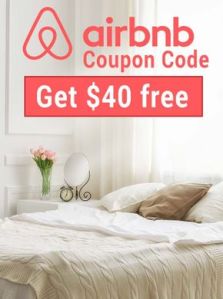